At St Marks, all pupils are given the opportunity to develop an understanding of the past and its implications for the present and future. They will learn about people's lives and lifestyles throughout a range of historical periods and how different civilisations have impacted and influenced the society that we live in today.

We aim to provide activities and lessons where pupils will develop a lively curiosity and interest, an accurate sense of chronology and an awareness of the past through the study of appropriate stories, educational visits, artefacts and both primary and secondary sources. By providing a wide range of writing and digital projects, pupils are able to better consolidate knowledge and therefore make more accurate and reliable comparisons between topics studied across year groups.

Pupils begin initially in KS1 by investigating their own and their family history. They then move on to study local history and important episodes within Britain's past and about the history of other cultures and parts of the world. They also learn that the past can be interpreted in different ways and will leave school with a thorough understanding of both ancient and modern history which will provide a solid foundation for further learning at secondary school.

This half term some of our pupils at St Marks have been working their way back through time and finding out about some of the different civilisations that existed around the world. We wanted to learn about when they existed, where they lived and what they discovered.

Week 1: For our first week, we learnt about the Stone Age. We looked at how they were a relatively primitive civilisation but were able to communicate via drawings and symbols. We took this as inspiration to create our own necklaces using clay to mould different symbols.

Week 2: Next we looked at the Ancient Egyptian civilisation and where they lived. We discovered that they lived along the River Nile, which was vital for their survival and was worshipped by them. We learnt about how river reeds that grew along this river were used to create their own paper or papyrus and we decided to have a go for ourselves. We then drew our own hieroglyphics and noticed how different the communications were between the Egyptians and the Stone Age periods.

Week 3: This week we learnt about the Anglo-Saxons. We discovered about how they invaded Britain after the Romans left and how they were skilled craftsmen. We also found out that lots of words within our language actually came from their language including the words ghost and Birmingham. We used our own weaving skills to create bracelets using wool. 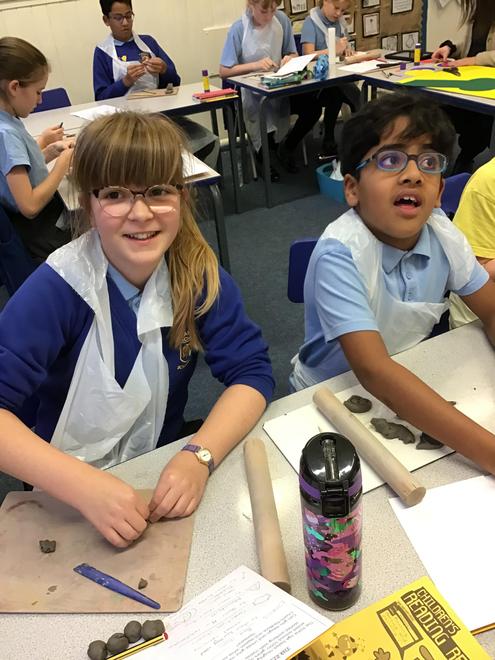 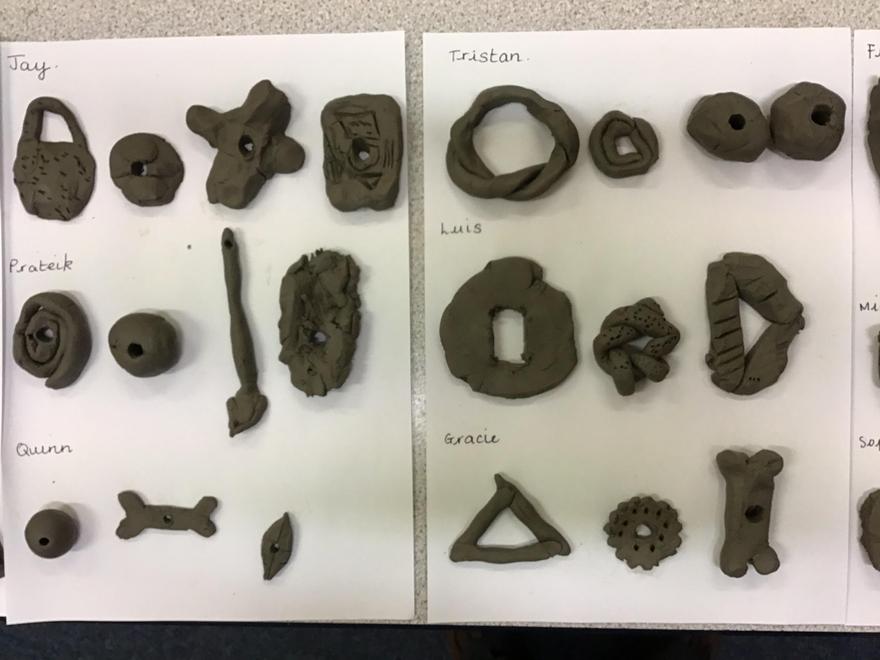 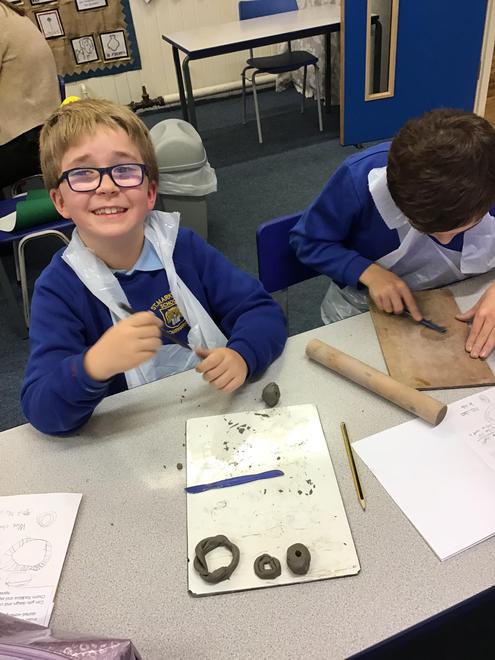 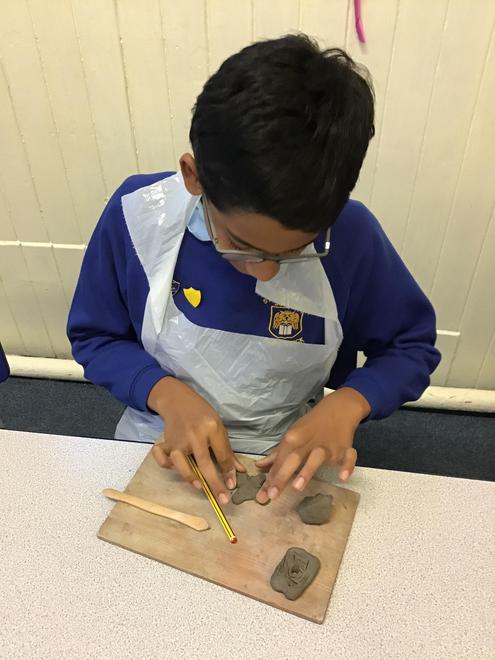 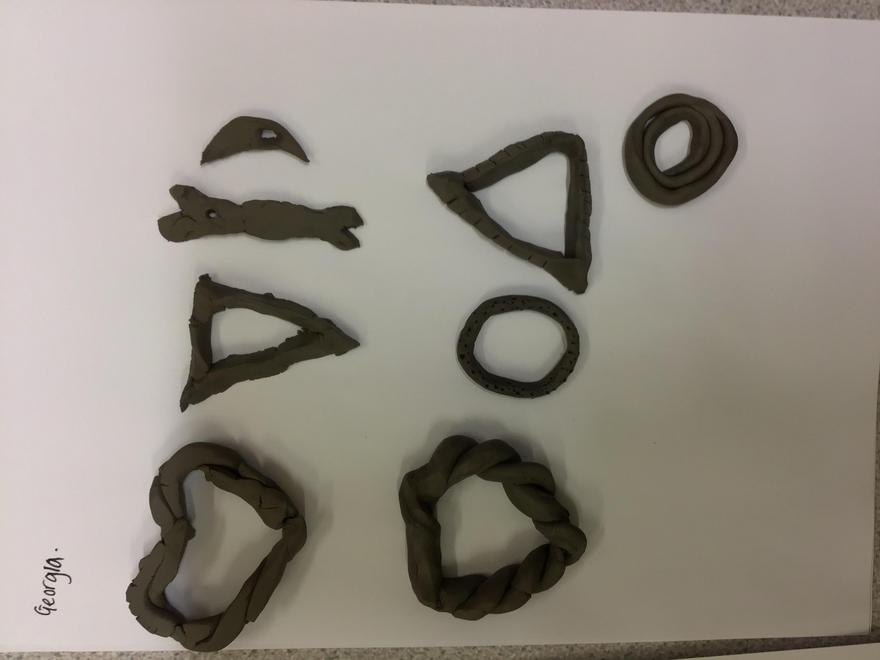 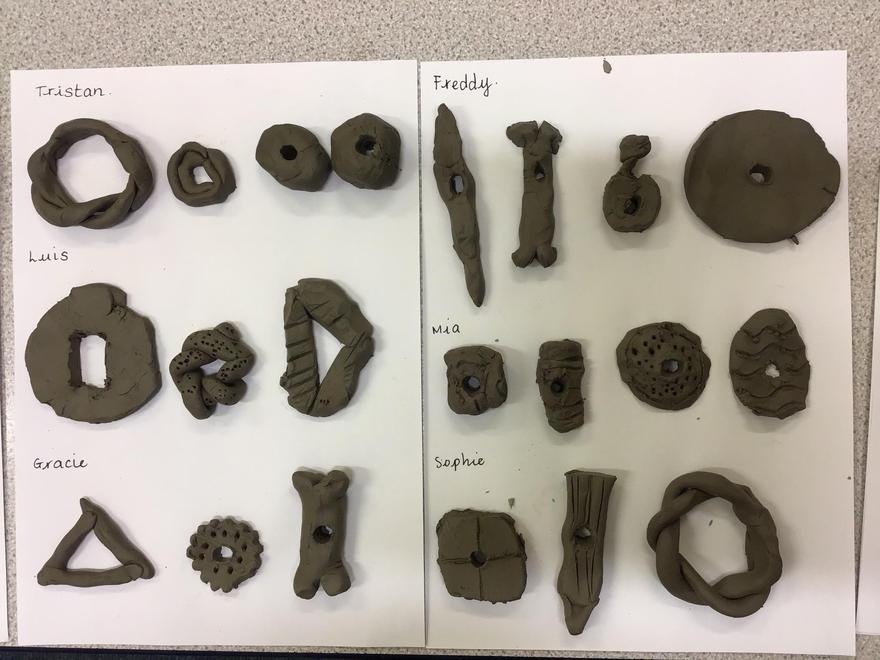 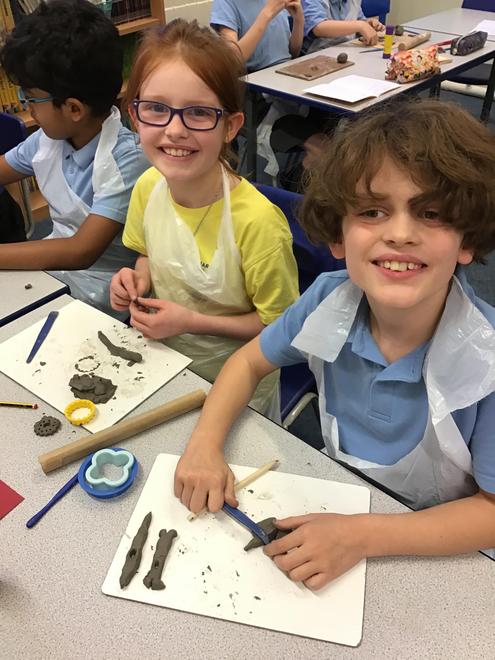 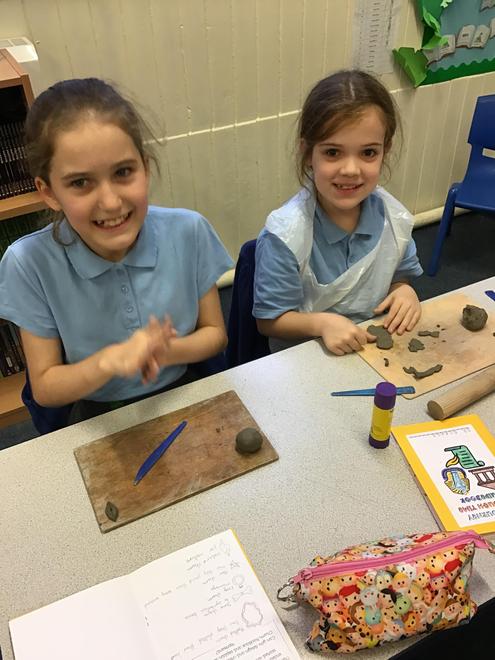 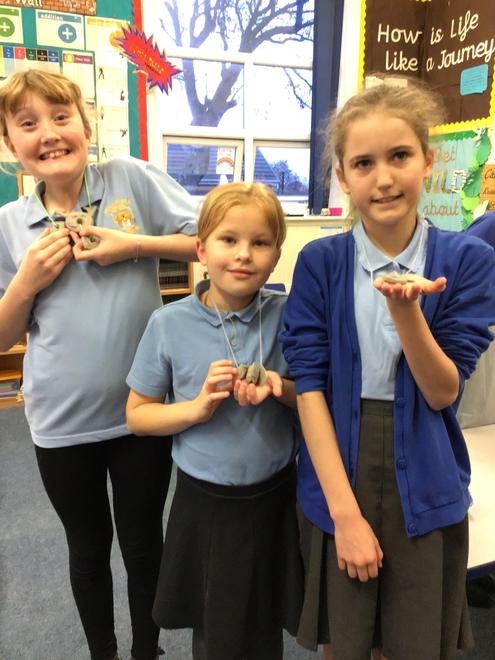 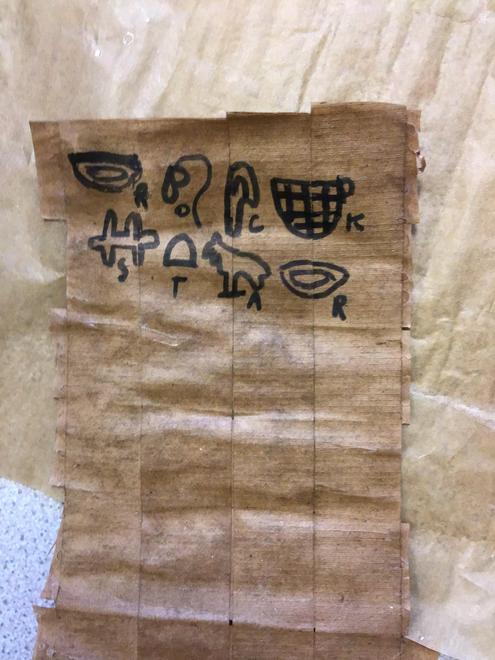 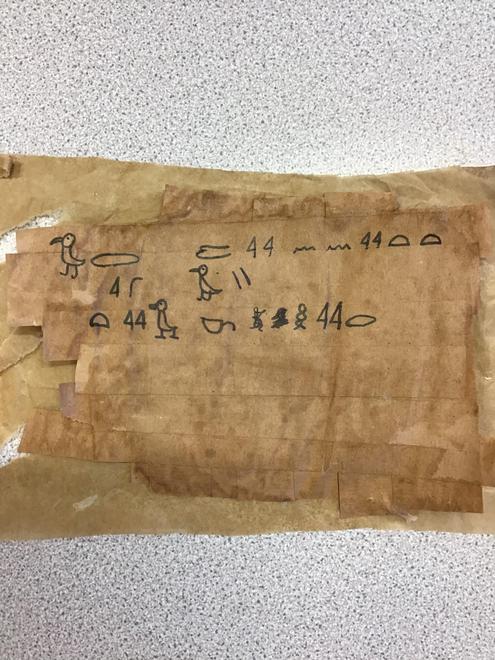 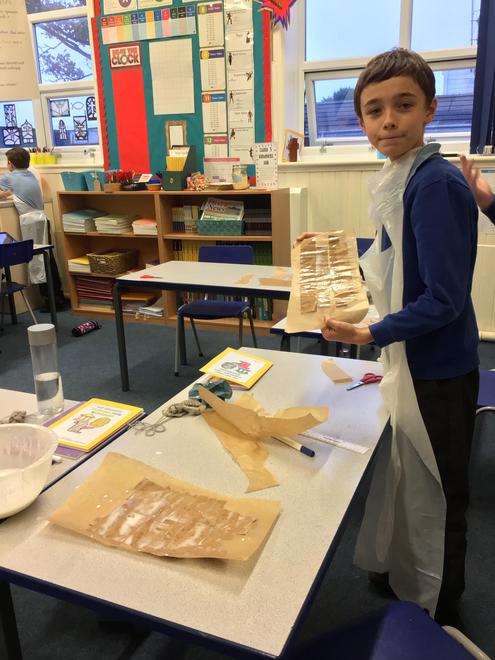 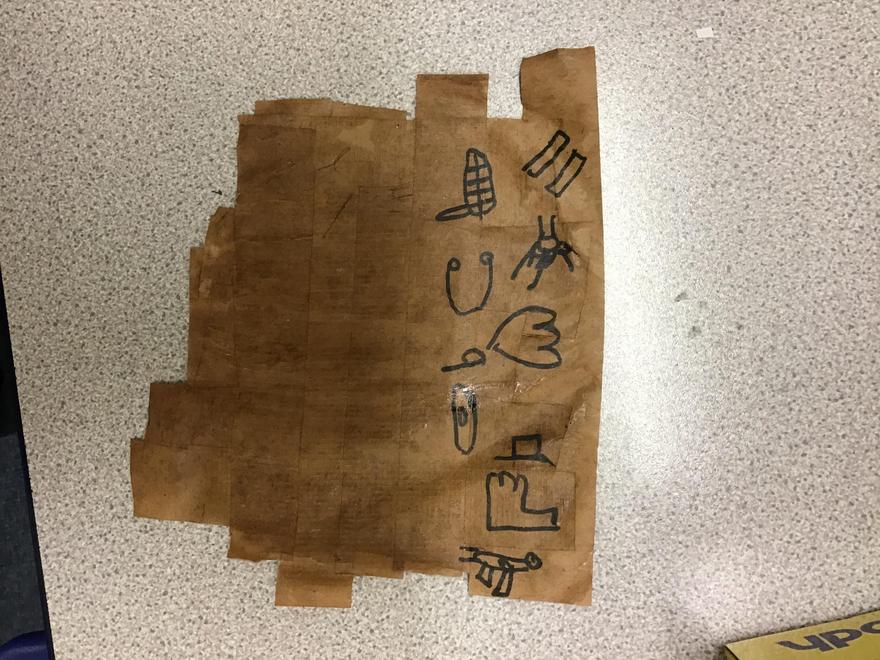 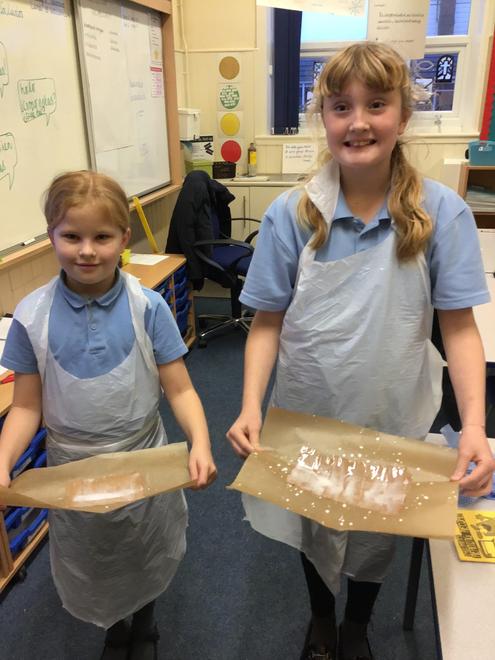 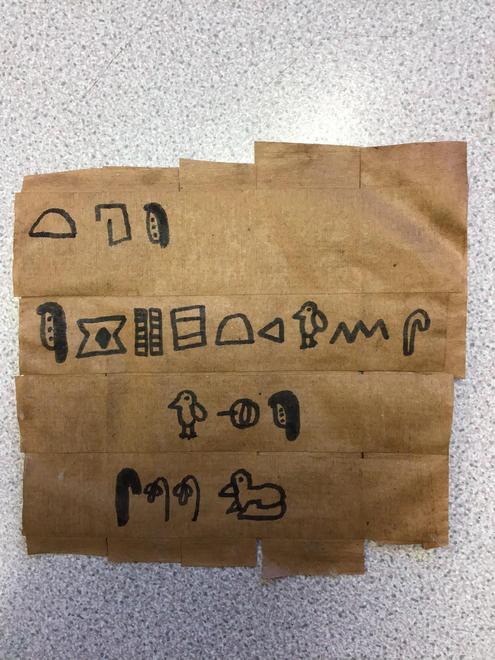 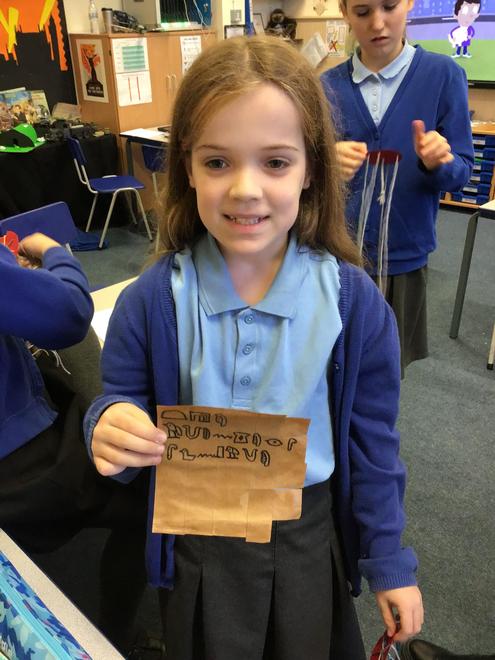 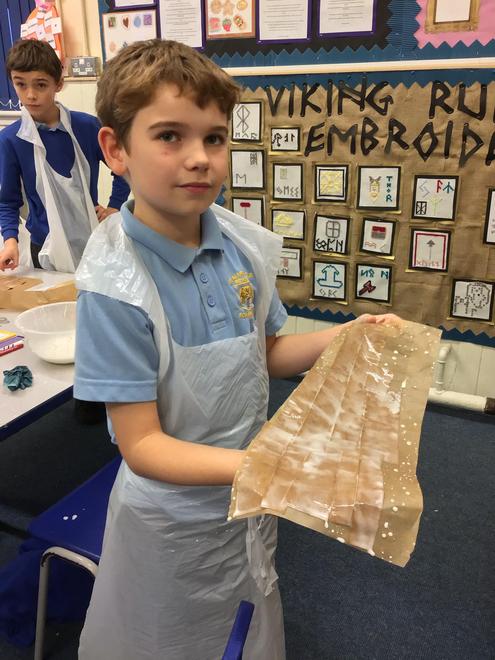 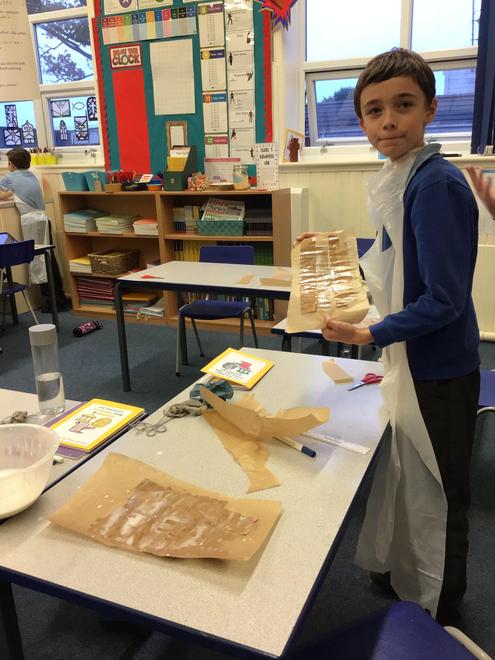 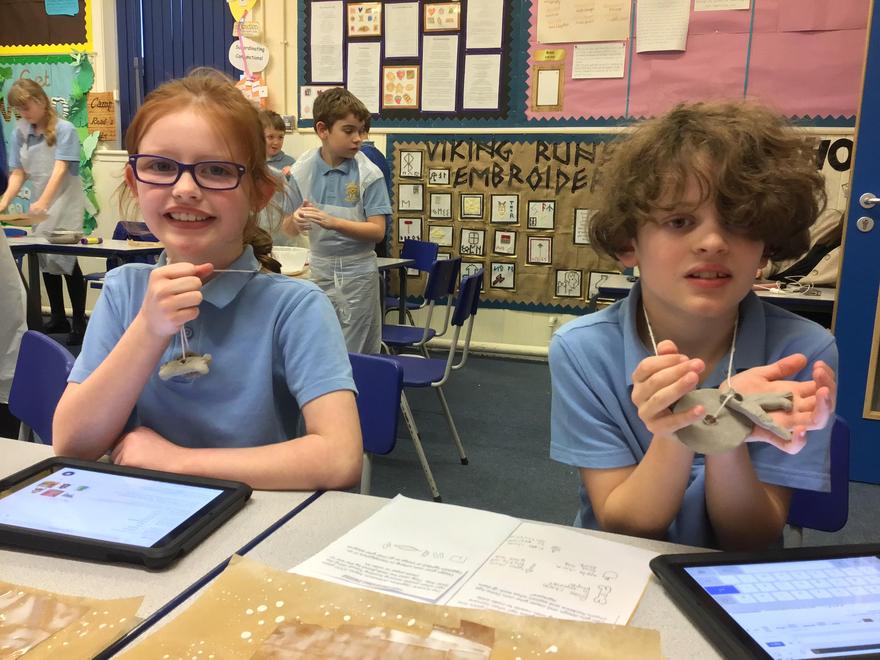 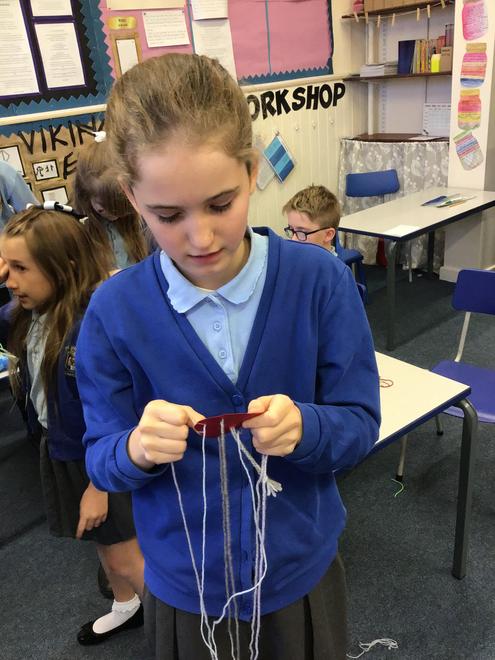 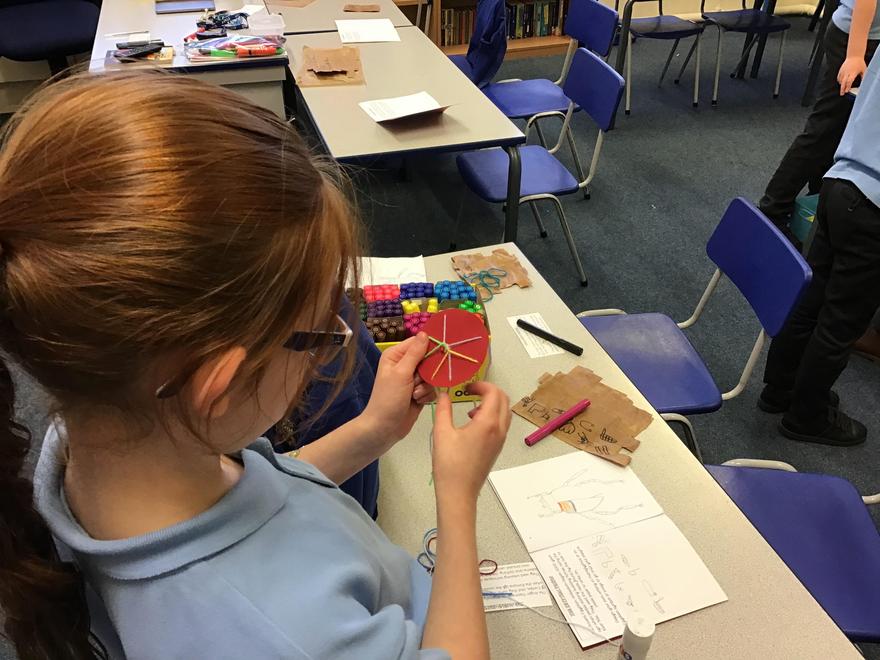 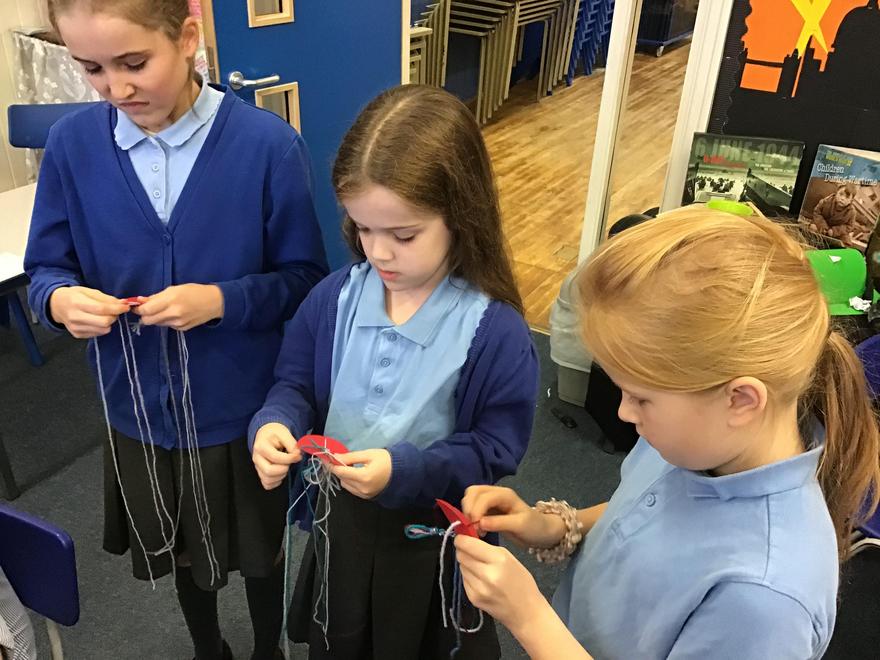 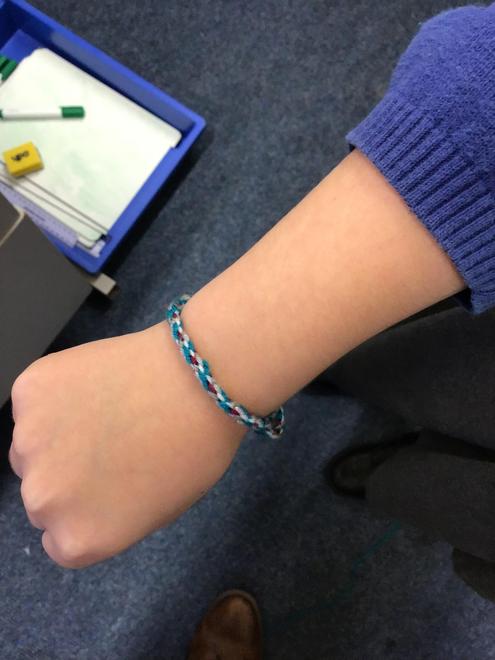 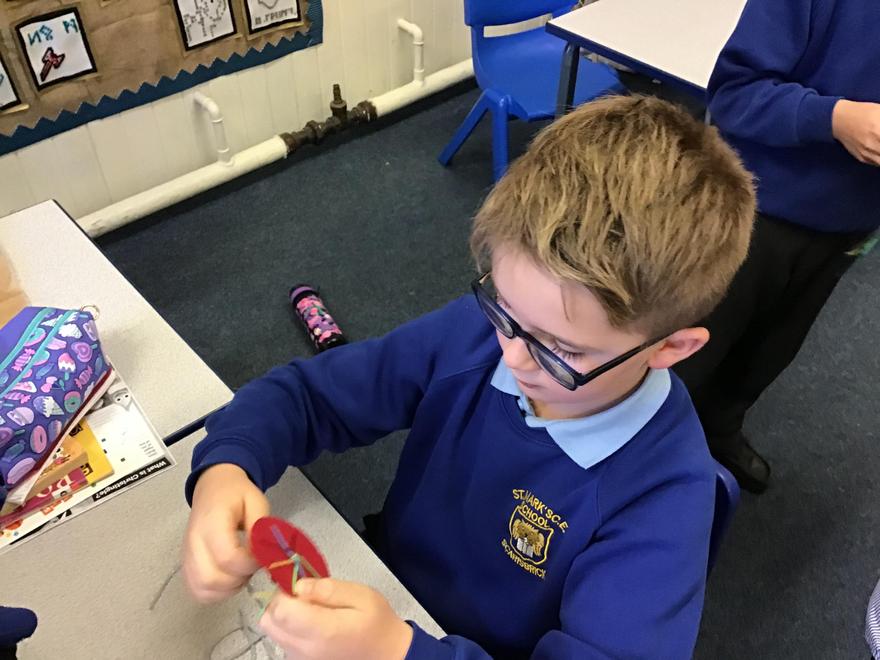 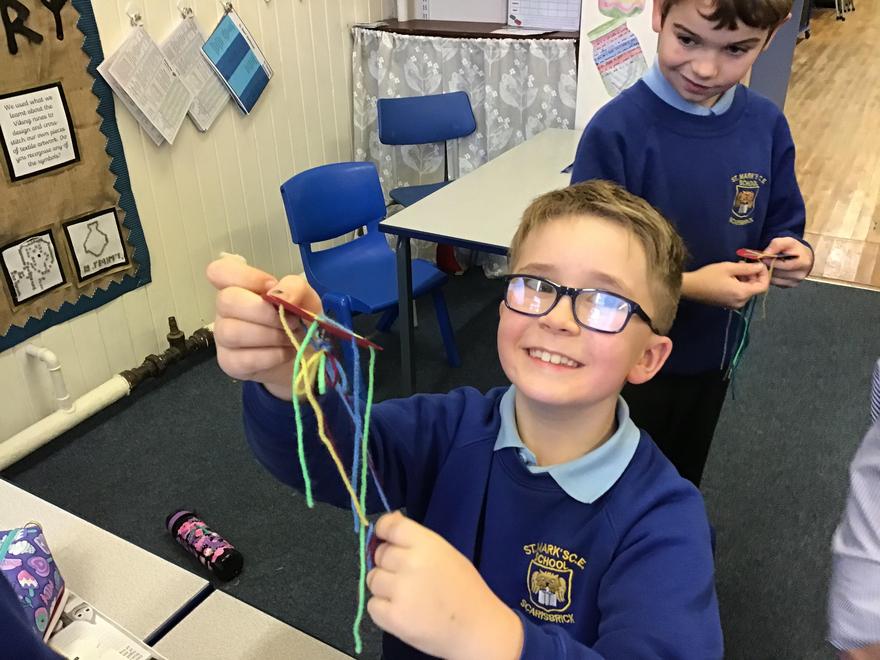 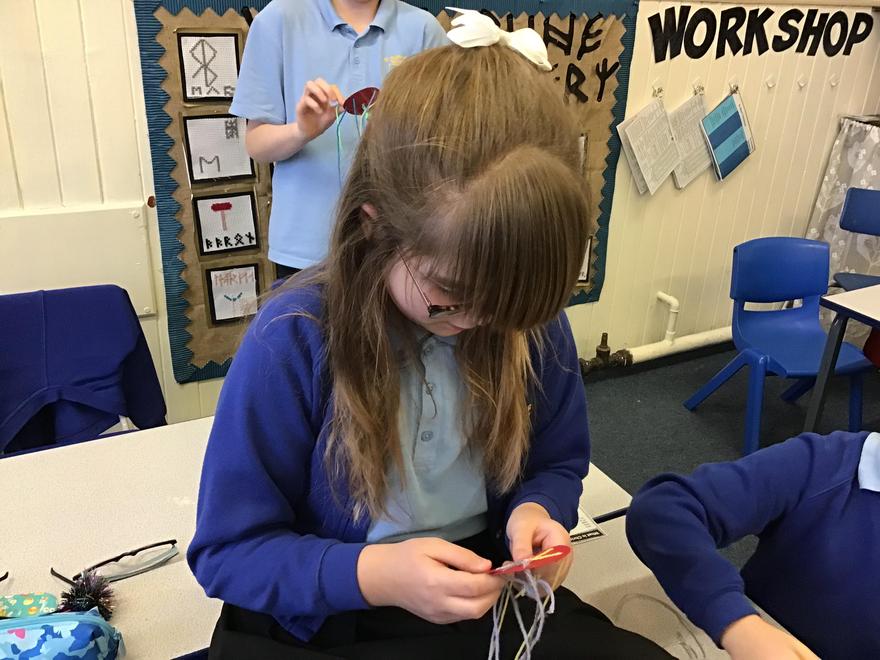 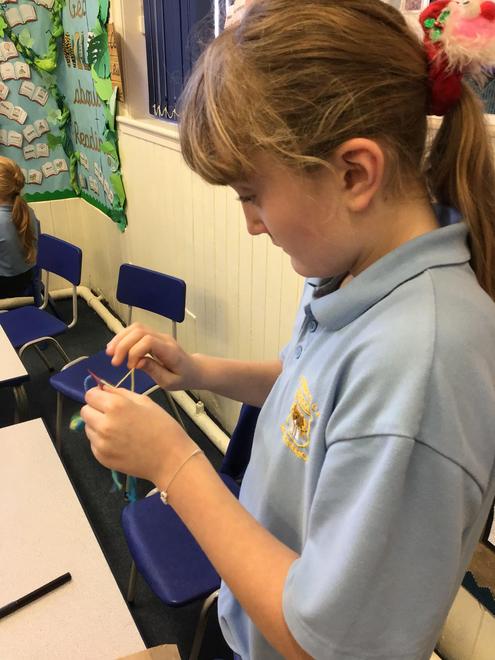 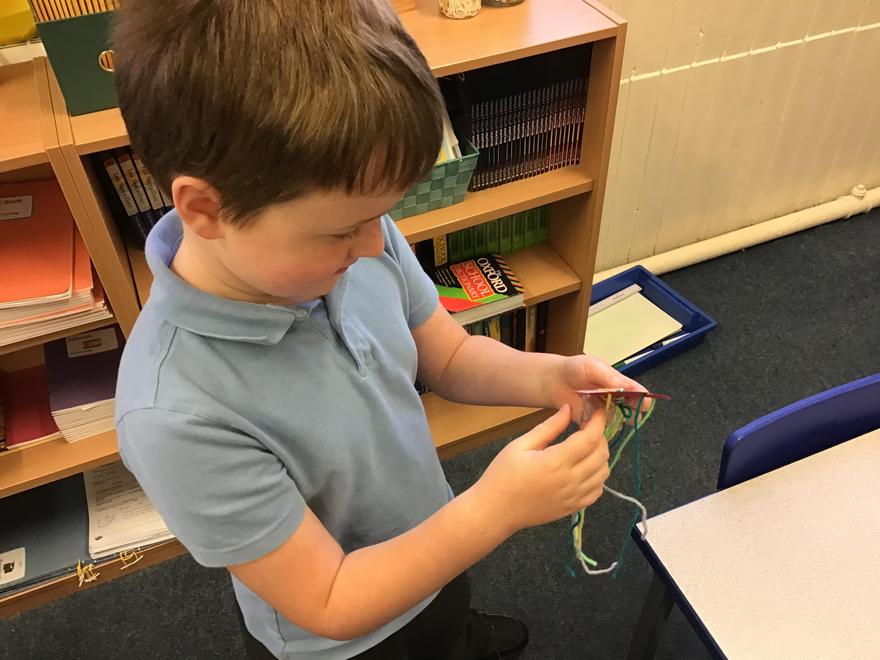